Is this mic on, lady's and gently men
I like to thank you all for coming out tonight
For the screening of my new film
I'm Not Rich, and Still Lying
Its 50 cent starring as Game
Sort of biographic, I hope you enjoy yourself

50 calling me crazy, I may be just maybe
I'm gangster, I'm cripping, Dymu to I'm tripping
Fuck 50, fuck Dre, fuck NWA
Man I'm hurricane Game
I brought the west back, I write the best raps
, Snoop shit ain't all that
Man I get bad bitches, now I even fuck Mya
, 50 you a liar
See that's why I hate you, you think you know me
I'm tell everybody, you shot my homie
I hope the police get you and you go to jail
The Feds freeze your accounts, so you can't make bail
I hope everybody on G-Unit goes to hell
With Eminem, Obie, Stat-quo, and D12
So what I was on change of heart, so what I was a stripper
So what I never banged, I from Compton nigga

Now horror films, they scare me
I watch action films vary rarely
When its comedy or its drama

Its starring me, no problem

Now horror films, they scare me
I watch action films vary rarely
When its comedy or its drama
Its starring me, no problem
GGGGGG-Unot, I got my own shoe (game that shit aint go sell)
So the ads in the magazine, nobody can't tell
(Good luck with your next album man, I hope it does well)
You trying to be funny, D-Mack got all my money
And Jimmy robbing me, they listening probably
Me and face had a fall out, he really not my brother

We got the same father, but we got different mothers
Now Suge punk Dre, but he don't punk me
I won a Vibe Awards this year, nobody punch me
(Game you know I wrote that hook, for hate it or love it)
So what, its still on my trophy case I think noting of it

Now horror films, they scare me (yeah)
I watch action films vary rarely (its 50)
When its comedy or its drama (new album July, 18)
Its starring me, no problem

Now horror films, they scare me (cause I cant stay away)
I watch action films vary rarely
(Y'all thought I was gonna let y'all eat ha, ha, ha)
When its comedy or its drama
Its starring me, no problem (naw nigga)
Ooooooooo

Ha, ha, ha, this is too much fun man
Ay, ay nigga I seen your little DVD nigga
Ha, ha, ha, is that all you got
I mean, I mean news flash, nobody believes you
Ha, ha, ha, didn't you say you woke up out the coma 2001
Well your brother says, you were never in a coma
Didn't you say, you were in a gang
Well your brother says, you were never in a gang
Now you can get your records together
And you can submit, to me
I mean you can send the records you have
To me so I can... open... your album budget
Your recording budget, you got to send the music to the boss
Ha, ha, ha, ha, that's me the boss
Yeah its D-Unit, G-Unit
That's it that song, I rule with a iron fist, cocksucker
I'll be back out, July 18 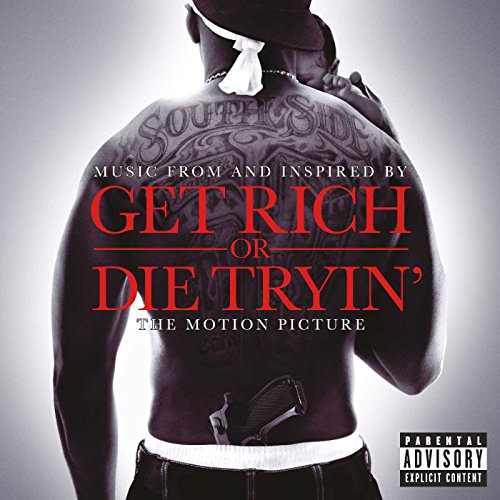